Design Objective: Create a branded identity package using a graphically reduced household object. Use at least one Gestalt Theory in the design. Create a full-color and one-color version of the logo, a business card, and letterhead. To add to the brand, animate the finished logo and code a responsive microsite to house it.
Design Brief: The logomark is a curling iron in the wand-style and a strand of hair wrapped in a helical motion around it, hence the brand name Helix. In this finished mark, the Gestalt Theory continuation is present in the strand of hair as the observer’s eye follows it around the wand and connects the individual shapes into one continuous piece. The full-color logo is one color—purple—at separate tint levels while the single color logo involves linework to convey the same effect using shape. The logotype “helix” is connected to the mark by the strand of hair wrapping around the barrel and seamlessly flowing into the “h”. The script typeface used complements the curves in the hair strand and fits directly into the mark. The logo was animated by separating the barrel from the hair strand, masking out the hair, then sandwiching it between two of the barrel graphics to give the illusion that the hair was wrapping around the wand. A whooshing sound effect can be heard matching the timing of the hair wrap. As the hair writes out the script, there is a writing sound effect, for which I was my own Foley artist. This audio effect helped to match the speed at which the word helix appears. The last section of the animated logo is the tagline, which fades down from under the word helix to rest at the bottom of the logo. This movement was achieved by using a motion tween on the phrase “dry bar and salon” and a classic tween using a white box symbol that follows over the phrase and fades to become completely transparent. The last sound effect heard is the soft hiss of a curling iron setting a curl into place. Helix Dry Bar & Salon is launching its new haircare line. To advertise these products a responsive microsite was created, showcasing a time-period hair contest with rules and a form to enter. Extra graphics and photo manipulations were also used to elevate the site. 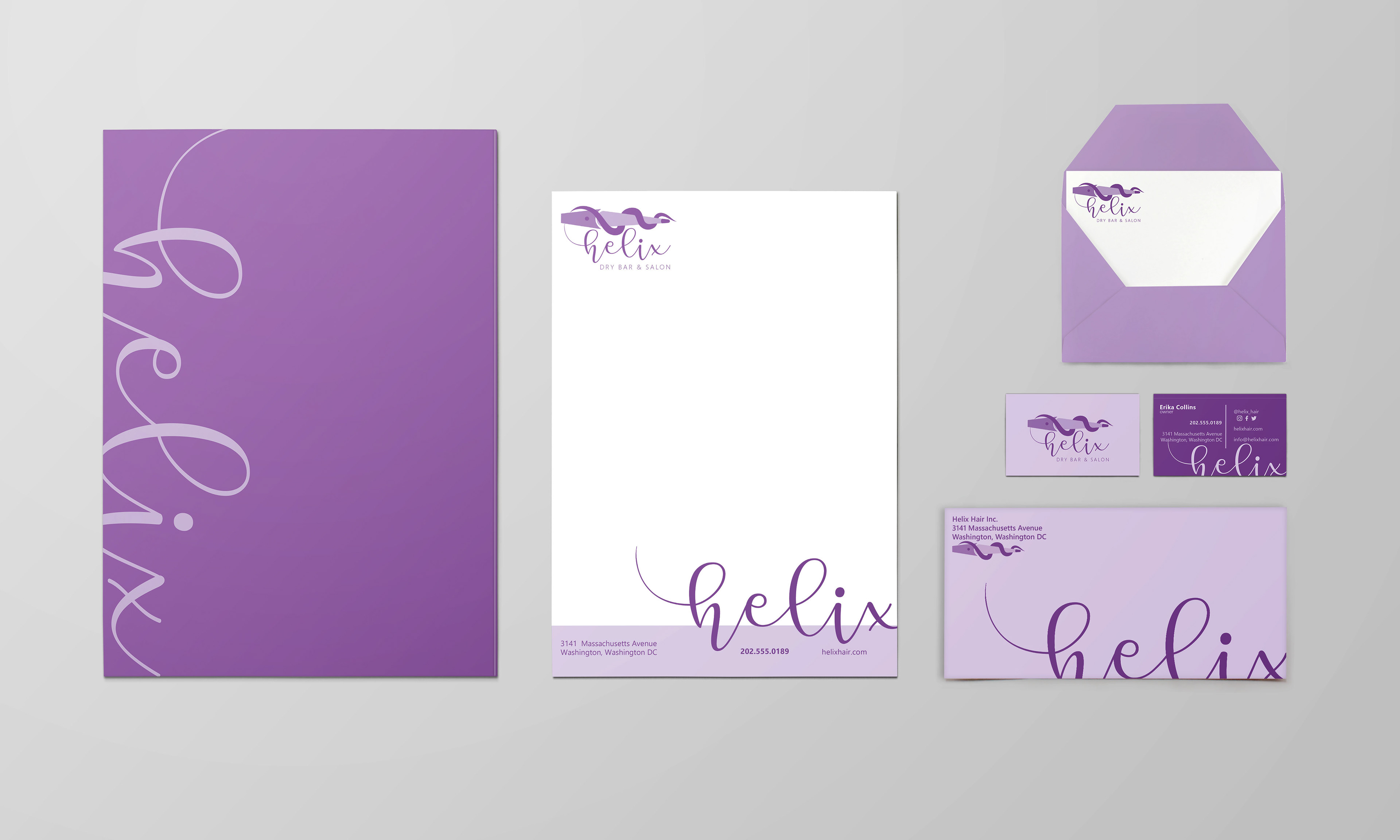 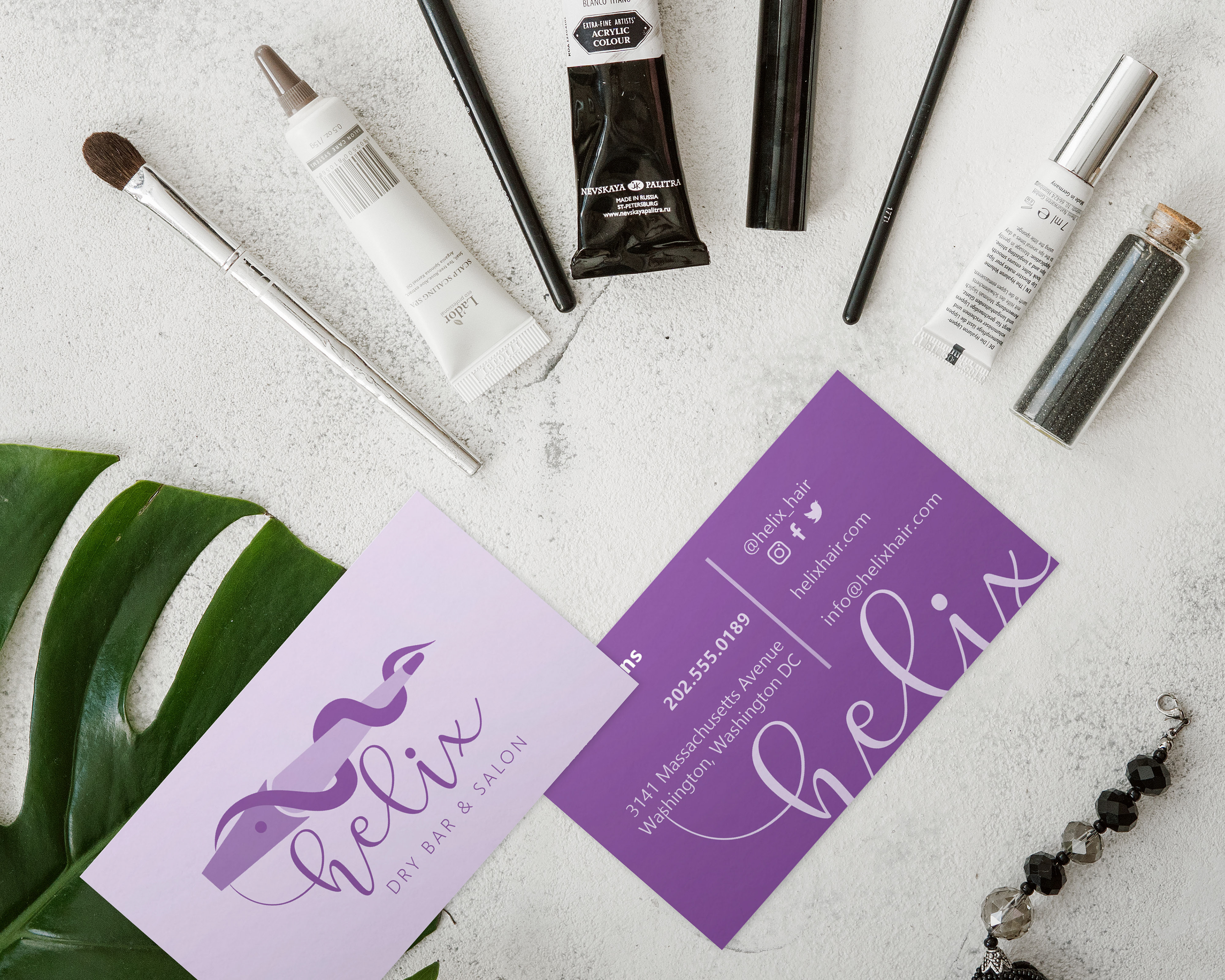 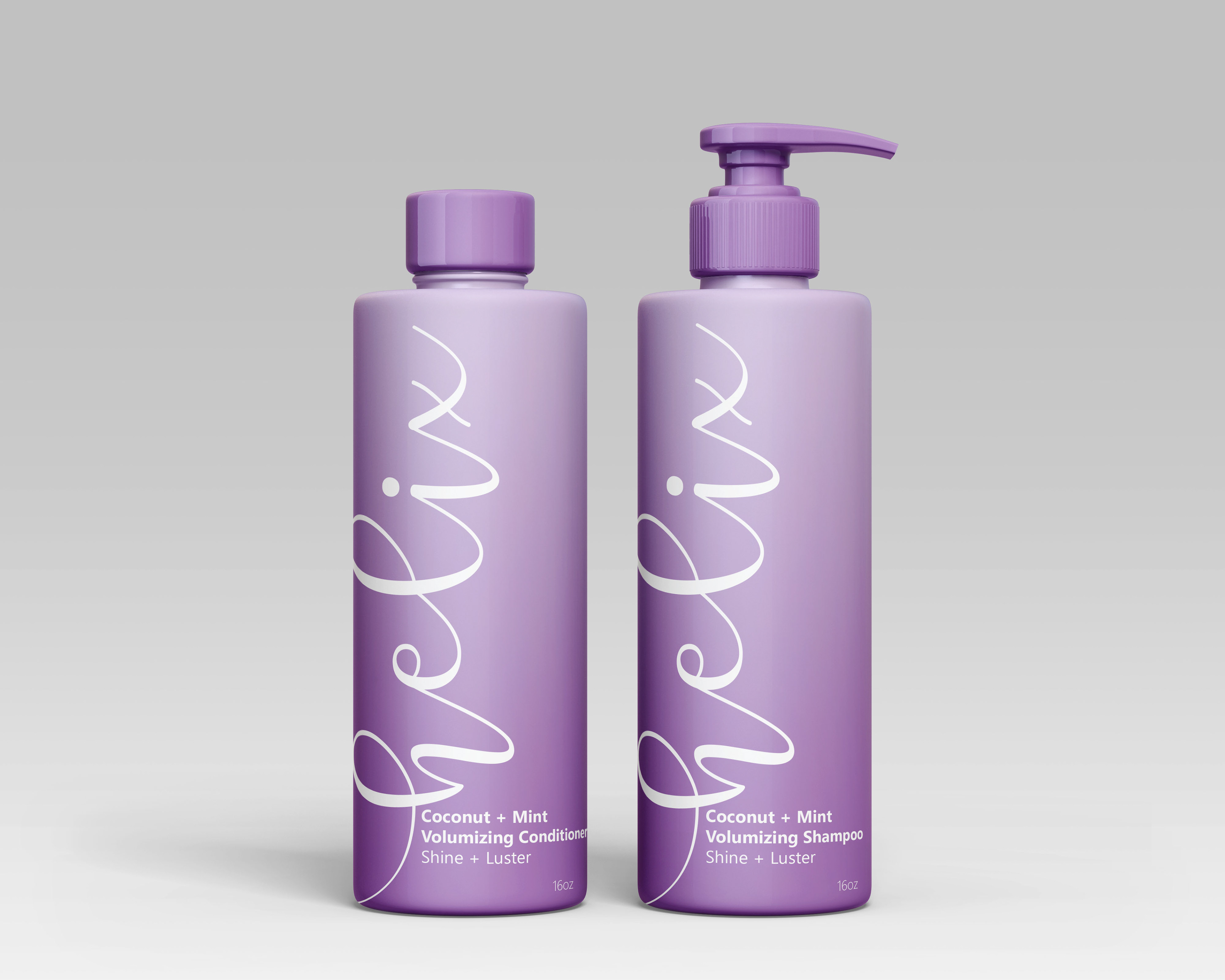 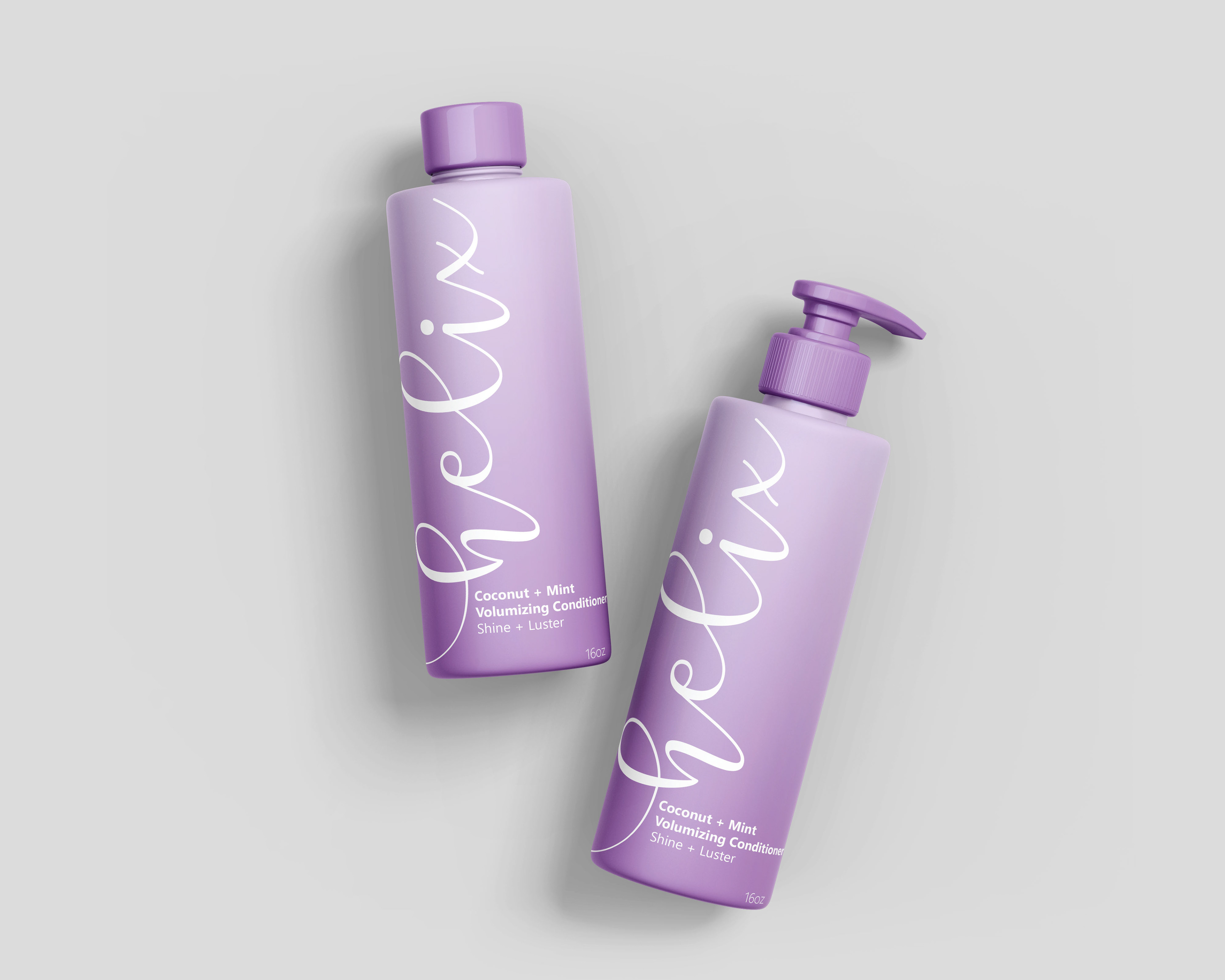 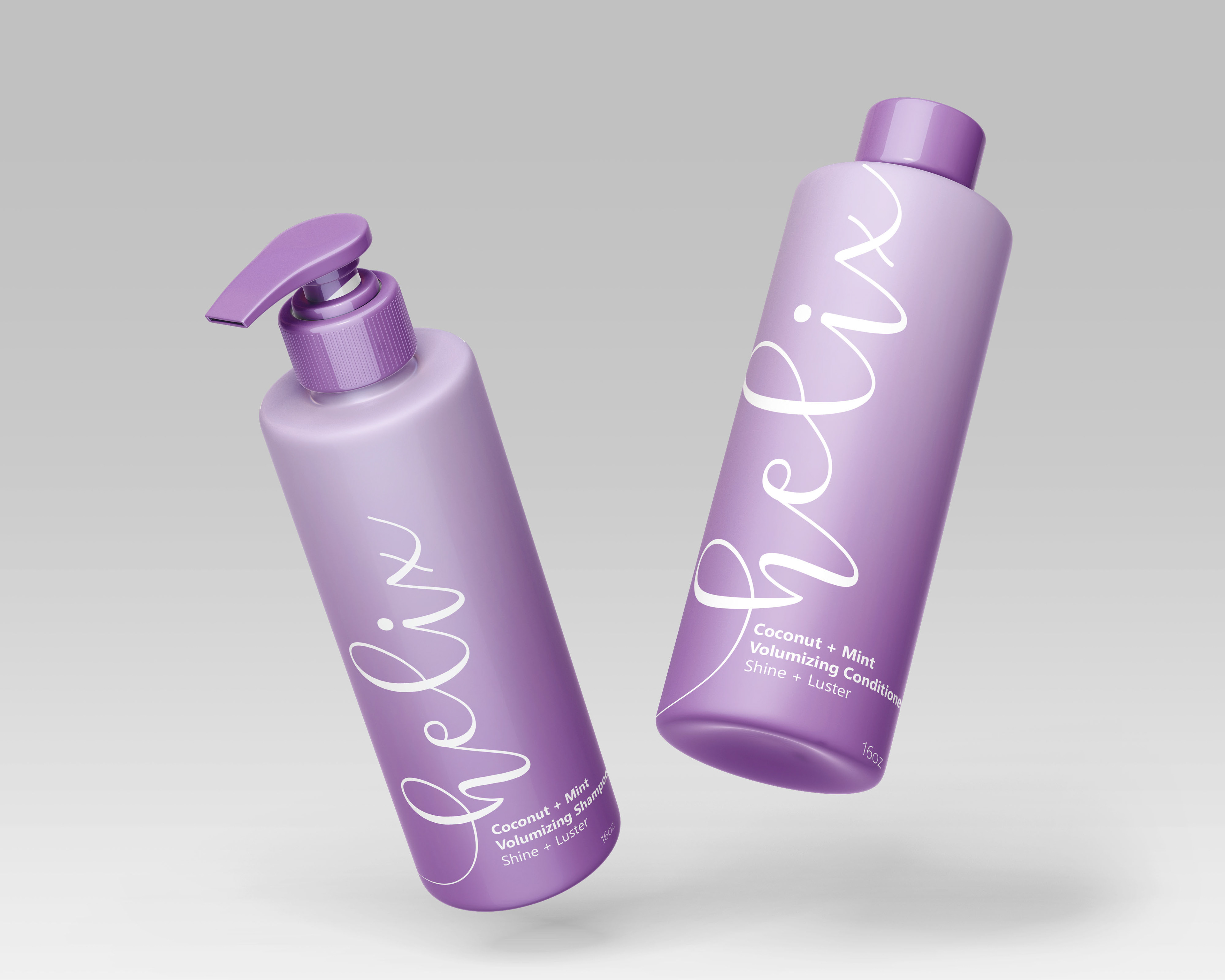 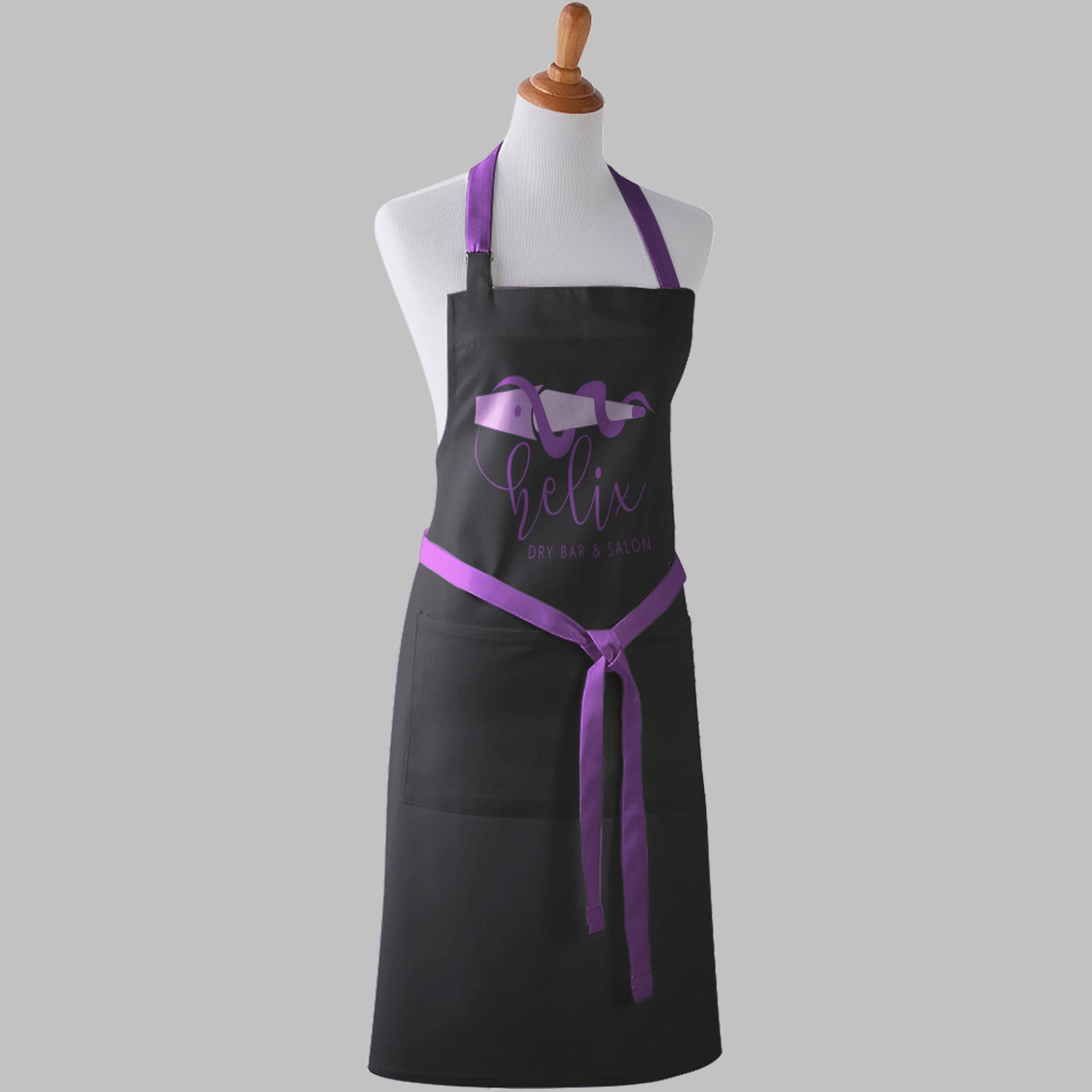 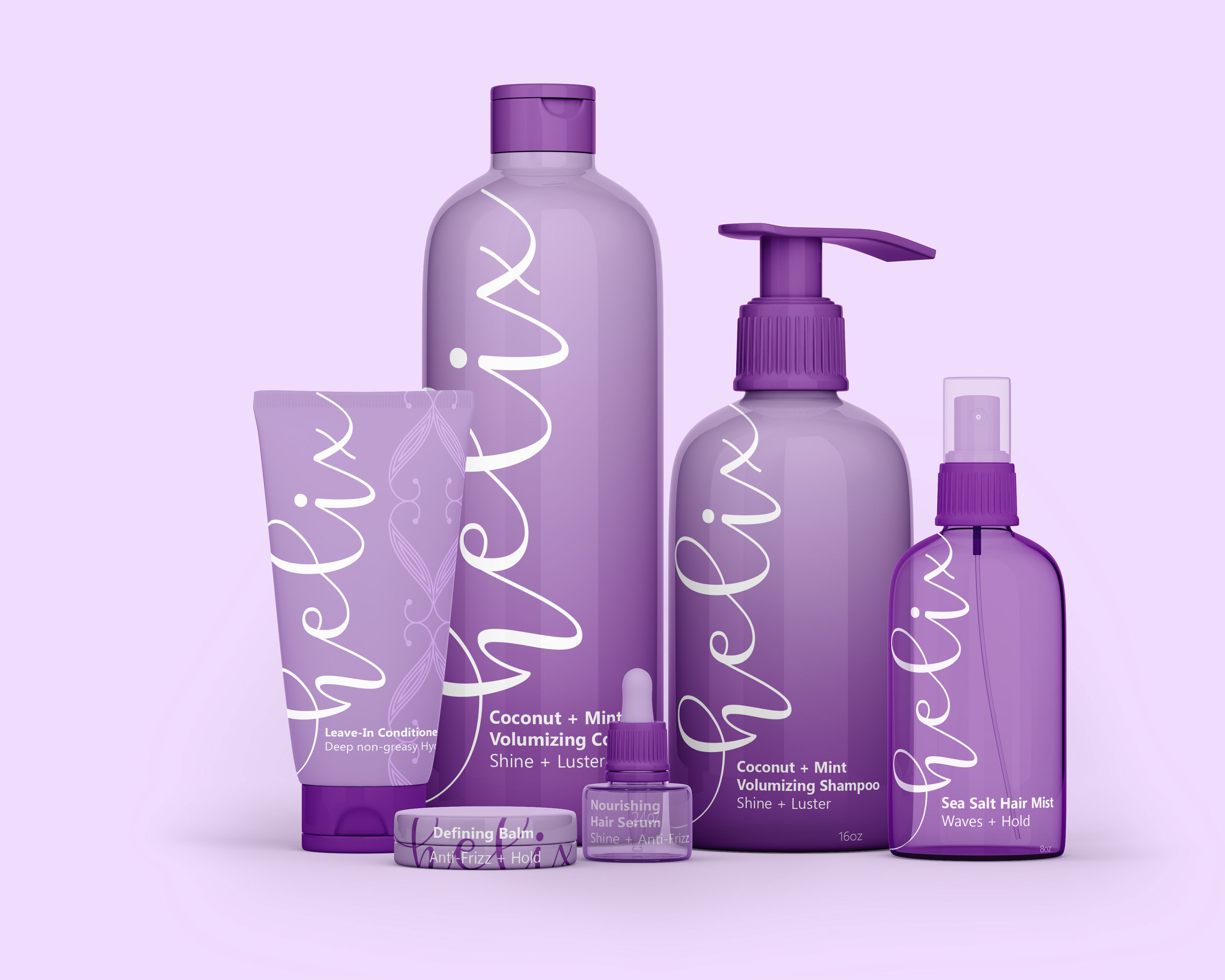